The History of SNJM in Lesotho

The History of SNJM in Lesotho

The first contact between the Sisters of the Holy Names of Jesus and Mary (SNJM) and Basutoland (later to become Lesotho), dates back to 1852. Bishop Allard, Oblate of Mary Immaculate, novice master of our foundress and first sisters of the congregation, wrote a letter dated October 18, 1852.

Founder of the missions in Basutoland, Bishop Allard asked Mother Veronique-du-Crucifix, Superior General of the SNJM Community, to join him in his mission of evangelization in Africa. This request came nine years after the founding of the SNJM congregation in Quebec. Because this call did not resonate for several years, the young community was able to consolidate its foundations before extending outwards.

On the way to a great mission…

Another Oblate, the Vicar of Missions, sent a new request on September 21, 1930 to the Superior General of the time, Mother Marie-Odilon. He hoped to be able to count on the sisters to respond favourably in the two years following his correspondence. 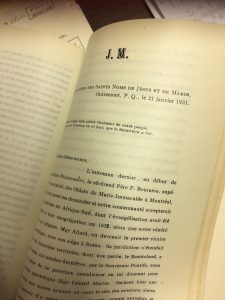 Mother Marie-Odilon replied to him on November 10, 1930 to confirm her commitment to send missionary sisters to Basutoland. The challenge was great. The steps for choosing and preparing the missionaries for their future tasks were numerous, as the following passage shows. The sisters had to be prepared to “cook holy wafers, sew, plant, tailor clothing, extract teeth, diagnose and treat the sick, bake bread, cook proper meals without any processed food, do all kinds of work without electricity, cultivate vegetable gardens and raise chickens, pigs and rabbits.” (“Go Forth…”- Mark 16:15, 2004, p.17)

In addition to all these acquired skills, the training of SNJM sisters had to be completed with the study of the country’s history, culture and the native Sesotho language. 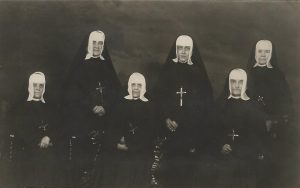 Many North American missionaries joined these foundresses over the years to contribute to the SNJM mission in Basutoland. Our active presence on the ground has inspired several Basotho women to join the SNJM sisters. The first Basotho SNJM sisters in the country were sisters Eulalia Rosa (Cecilia Molangoanyane) and Madalena Maria (Virginia Mashoai).

Since then, many other Basotho women have made their vows. Today, the SNJM presence is provided only by native people of the country. There are about 71 Basotho sisters, nine novices, two postulants and about 30 active associates. 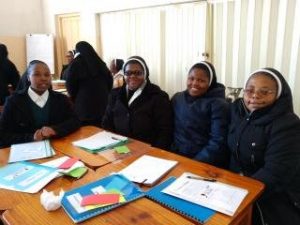 We will celebrate 90 years of SNJM presence in Lesotho in 2021.

A former British protectorate known under the name Basutoland, Lesotho achieved independence in 1966.  It is located at a high altitude, and fully encircled by South Africa.

Currently, the country’s population is exposed to three major threats on top of having a life expectancy rate that decreased from 59 to 49 years between 1990 and 2012:

Finally, let’s remember that more than 2,200,000 people live in Lesotho, with an area of 30,350 km². The majority of the population, who speak English and Sesotho (or Sotho) are Christian. 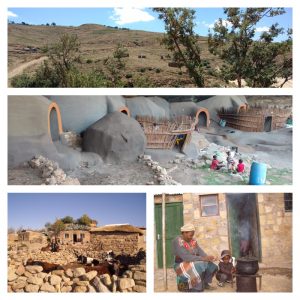