The Congregation of the Sisters of the Holy Names of Jesus and Mary (SNJM) is an apostolic congregation of Catholic Women Religious educators. It originated in Longueuil, Quebec (Canada) in 1843. Foundress Eulalie Durocher was deeply concerned with helping young people and those who are poor.  She believed that education that aimed to fully develop each person could liberate each person to serve society and the Church with their particular set of gifts.

Presence in Lesotho since 1931

The SNJM presence in Lesotho is rooted in a response to a call received from the Oblate Fathers in 1930 inviting sisters to participate in an evangelization mission in a country entirely enclosed by South Africa. The first sisters departed Canada on August 29, 1931 to arrive in autumn of the same year.

“Faith education requires a concrete commitment from us to promote justice. In this spirit and according to the teachings of the Church, we carry, through our educational work, a particular interest in the poor and disadvantaged.” (Constitutions No. 13)

As soon as they arrived, the first SNJM sisters were attentive to the need to take care of each human being who ended up in their care as a whole human being. In addition to the evangelization project, SNJMs have continued this mission by teaching and adding services to deal with the many health problems in the area. 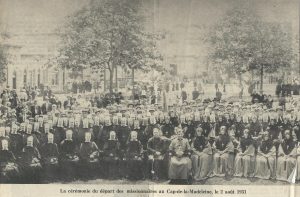 This Lesotho mission solicited the contribution of the entire SNJM congregation and its network of partners and collaborators. The dedication of our local sisters, coupled with assistance from SNJM Procurement and donations from various sources, have enabled the creation of dispensaries and clinics such as the Maryland Health Center in Maryland, Little Flower Health Center in Kolonyama, Paki Health Center in Mazenod and the St. Rose Health Center (dispensary, maternity ward, infirmary) in Peka. Several mission projects have also been created over the years to meet specific needs such as the construction of wells and houses.

Over the years, social service projects have been created to help the most deprived and often homeless families in particular. The SNJM presence and the collaboration of our sisters have also encouraged the contribution of many foundations and well-known organizations to infrastructure projects such as the construction of wells and houses, and the creation of various cooperatives. These  include the ADEP, the Appeal of the Poor (Manitoba), the Roncalli Foundation and CIDA. 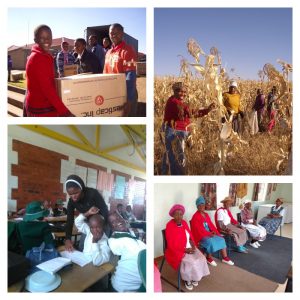 Our SNJM education mission in Lesotho continues today to be concerned with the integral development of the person and the support of the marginalized. This mission extends out to include health care, the promotion of justice and, of course, the protection of environment.